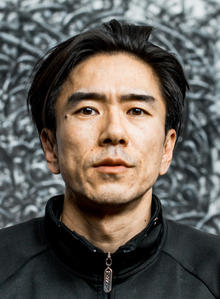 Paradigm shift is defined as "a radical change in underlying beliefs or theory." When you look at the many events that are currently happening on this planet, we are in the middle of a huge torrent. Elusive pandemic, complex and reactive society, overload of information... The only thing you can depend on will be your own senses.

Amid decadence in society in the late 19th century, a philosopher appeared in Germany who raised the idea of active nihilism. His name was Friedrich Nietzsche. He has been acclaimed as a "philosopher of life" and has had a profound influence on the modern way of thinking. His extreme phrases are eye-catching and controversial in many areas, but they still continue to raise discussions among people all over the world.

One of his most well-known books, Thus Spoke Zarathustra is the magnum opus that unifies his philosophical ideas. The inspiration for writing it is said to be a sudden revelation that Nietzsche received while taking a walk. His unique sense of explaining philosophy in an allegorical work is highly artistic from a literary point of view.

Roughly speaking, Nietzsche's core idea can be described as "liberating oneself from the old morality". He mentions that everyone should become an Übermensch (superman) who rejects preconceived notions of truth, goodness, justice, etc., and actively accepts emptiness while acting on their own will. I highly recommend this book if you haven't read it, as it contains many insights on how to face your life in times of uncertainty.

About four years ago, I made a video artwork paying homage to Nietzsche's philosophical concepts. The work "eternal return / op.2 übermenschen" ironically conveys an immortal message to mankind by referring to Nietzsche's Übermensch (superman). The artwork connects the historical symbolism (of apes) and modern materialism (of AI) with philosophical phrases (of mankind), to question the zeitgeist in these times of rapidly shifting paradigms. Thankfully, the work continues to be circulated to exhibitions and film festivals worldwide, taking part in the curatorial narrative.

Active nihilism, as affirmed by Nietzsche, refers to the attitude of actively creating "semblances," "viewing them positively," and "living life to the fullest every moment." As our society continues to grow unstable, Nietzsche's words are convincing and powerful. "Don't look back, keep creating." As an artist, I must always remind myself of this attitude; at the same time, this is exactly what I think the "SFC Spirits" is all about.